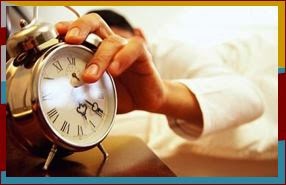 Shonda Rhimes, executive producer of ABC's "TGIT" prime time line up, is another in a long line of amazing women who make me say "Wow!".

Last week Shonda's acceptance speech for The Hollywood Reporter's Sherry Lansing Leadership Award had me glued to my computer screen with tears streaming down my cheeks as she recounted the tale of women who were and are responsible for gigantic cracks in the glass ceiling making it possible for others to simply walk through. With intrigue she proclaimed that she herself had not broken through any glass ceilings.


Those Who Went Before Me Already Had It Handled

With such excruciating pain all around us right now, Shonda's speech was a welcomed tribute to "them" - those women pioneers who suffered cuts, bruises, and shards of glass in their hair as they tackled gravity-defying moves while breaking down doors and climbing ladders of all types. Shonda put into words what I've felt for years but had not yet articulated - not even to myself. My tears weren't for me. Instead they were for "them" - those who went before me and handled it.

To be clear my life is not without challenges - no one's is, but none of my challenges so far have become ultimate showstoppers. I always see options and I act on them as I see fit. There are so many people of all types who can't say the same and it's beyond painful to think about. Self-determination is everything and all lives matter. All lives matter! Our life circumstances may be different, but the breath that we breathe comes from a single source (#ICantBreathe).

I've been followed around in stores of all types by super "helpful" associates. I've been stared down at stop lights because of the kind of cars that I drive. I've experienced the "double-take" when I walk into a room full of executives or when I open the door to my home for a service call. It's been said that I sound really "intelligent" when I speak.

All of these "signals" are code for what today's subtle racism and racial profiling often looks and feels like for black and brown women. I have to teach my daughter these things in order to reinforce her with the armor she'll need as she lives and breathes - or as she charges up stairs or break down barriers of her own. Like Shonda, glass ceilings won't be her reality.

The protests all around the country are in response to what many black and brown people have known for generations. We woke up like this.

The Ferguson and New York grand jury results were not a real surprise and neither were the initial responses. The narrative was (and is) predictable. I'm always afraid for the black and brown males in my life - for my brothers and especially for my nephews. It's an underlying fear that I wake up with. It's always there.

I caution my daughter to keep her mind open because negatively judging others is what causes most of the challenges that we see playing out in our lives and all around the world. I tell her that it's necessary to make smart judgement calls, but judging others and justifying it through the use of outdated rules and systems is a different matter altogether.

We all woke up like this, but we can change what happens next...
Congratulations Shonda Rhimes! You rock! 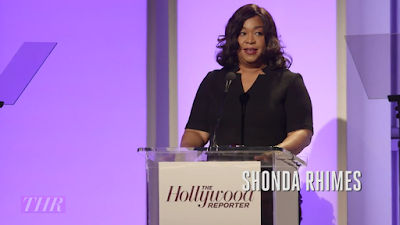 Posted by Lillian Gregory at 11:01 AM No comments:

The Maximum and Minimum of Really Small Things

...lest I forget that I'm first and foremost a technologist 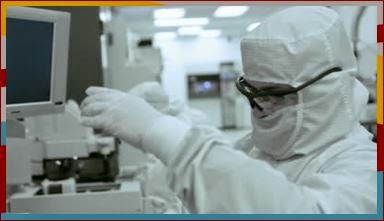 Reading the details of the 2014 Nobel Prize in Chemistry prompted my nostalgic flashback - way back - to the maximum and minimum of really small things...
While at the University of Florida, I spent countless hours flipping through 1000+ pages of Dr. Chih-Tang Sah's book Fundamentals of Solid State Electronics (good luck!) and other hard core texts on semiconductors. The complexity of the topics didn't derail my intense desire for a career in semiconductors. I worked hard to earn the right to wear a fab lab "bunny suit."
I didn't realize that working in a fab lab meant that I had to be bland - no fragrances, no nail polish, no make-up, matted hair from the head gear, almost always casual clothing. As you can see from my picture bland isn't part of my image. In those days I just wanted to be on the bleeding edge of technology no matter what it took.
After graduating from the University, I accepted a role in Motorola's Engineering Rotation Program (ERP) and confirmed my first assignment with Materials Research and Strategic Technologies (MRST) in Austin, TX. I was proud to be part of a small team of scientists that studied substances like barium strontium titanate (BST). Having just graduated I was eager to try anything.

My research liaison was Dr. Bo Jiang. I remember her name because it reminded me of Bojangles - a popular fast food chain. Bo was smart, funny, and drove a red Mazda Miata. She inspired me to think small - really small. I remember being impressed that she had acquired a PhD at a very young age (something like 23).
Bo tasked me with developing an HP VEE (Visual Engineering Environment) program to run time and temperature tests on BST capacitors. At the time .75 microns were the smallest size ferroelectric thin-film capacitors being designed, tested, and inspected in our lab. There was talk of nano devices, but it was still just talk.
That was then.
Each ERP rotation only lasted for 3 months so there wasn't much time for me to revel in my role. I buckled down and pulled together a program that captured BST hysteresis loops over several days and weekends - stepping through defined increments and capturing data. I summarized my findings on colorful PPT charts and reviewed the details with Bo.
Adjustments were made so that a final report could be presented to our Senior Scientist. I don't recall his name, but I do recall being really intimidated by him. He was very quiet, pensive, and super smart. In the end I managed to impress him with my work even though he pointed out several holes in my results. These were exciting times.
My passion for technology is undeniable. I love being on the tech edge and I'm willing to take risks to be there. I'm in awe of what we understand and of what we don't yet understand. I love the fact that the boundaries of knowledge continue to be shattered in ways that we can't even fathom.
While my work hasn't taken me into fabs or labs for many years, I can still feel the excitement of the time I spent buried in equipment, systems, test plans, data reviews, field trials, system deployments, outages, point releases, new releases, new technologies - repeat. I took great pleasure in breaking things that others said couldn't be broken so that reliability and standards of excellence could be improved. These were exciting times indeed.

Really small things matter.
In the late 1800s the diffraction limit for microscopy as defined by Ernst Abbe (1873) and Lord Rayleigh (1896) noted that it was impossible to resolve two elements of a structure that were closer than half a wavelength.
That was then.
The sizes of the biological entities as related to the diffraction limit are shown in the image. The limit runs through the mitochondrion.
Review additional details in the Advanced Information summary.

...these efforts will allow live-cell imaging at a truly molecular-scale resolution, thereby enabling the direct visualization of molecular interactions and biochemical events in living cells

Are you prepared to take advantage of opportunities created by really small breakthroughs?