5 Ways To Balance Your Work-Life For Good 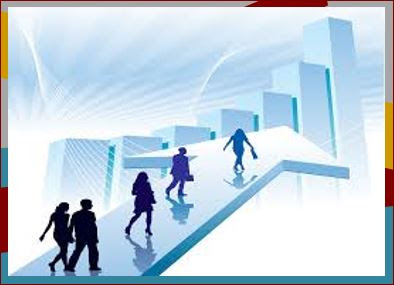 Beyonce's latest world takeover has many of us talking about her new song and video - what it means and what it doesn't mean. For me the idea of getting in formation gave me a lot to think about. I've been heavily contemplating work-life balance so naturally my mind went there instead of to other implications that have the internet buzzing.

One morning while I was on my elliptical machine I was boldly interrupted by a pleasant burst of insight about work-life balance. As a highly intelligent individual I'm not quite sure why I hadn't considered the new fact before - and it came in like a lightning bolt. I love it when that happens - when hard truths introduce new realities. That's what happened for me that morning...

Throughout my career I've worked incredibly hard and I love what I do so it doesn't feel like work. When something starts to feel like work, I find somewhere else to be. I'm a curious and ambitious sort so I go deeper than expected on most things. What became clear several years ago is that my work pace wasn't sustainable - not if I wanted to have a high-quality life.

As a self-diagnosed "sleepless elite" I require very little sleep. I typically don't need more than 4-5 hours of sleep a night to wake up excited and ready to greet the world. I wake up without an alarm clock sharp and ready to go - and I'm sustained throughout my entire day until my next sleep cycle. I often get questions like "do you ever sleep?" or "what are you doing up at those hours?". My answer is always the same as I explain the pattern which has existed throughout my life. My norm is not the norm.

My early morning time is mostly "me" time - spent on self-reflection, journaling, exercising, and anything else that I want to do for me. Those hours were used for my PhD studies as well. Problems arose when work crept into my sacred early morning time. I've struggled with it for years - until now... It turns out that I was looking at my priorities all wrong. 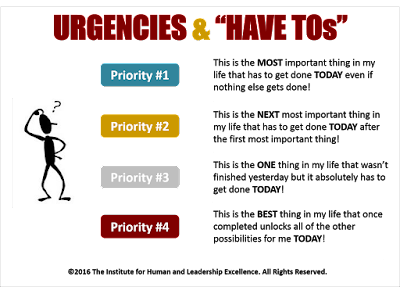 Like many highly driven people I have a list of priorities that cover my daily, short-term, and long-term goals. Even when grouped or "chunked" into key categories, my list of priorities would often become unmanageable which led to an unbalanced work-life. I was perpetually missing out on the most important part of why I was working hard in the first place - my family. My priorities were "stacked" against me.

If my story is familiar to you then it's probably because working adults often experience the terrible work-life balance dance until they figure out a new way to live or they accept it as their norm. Recent studies continue to examine the context of work-life balance and I've captured several key findings. 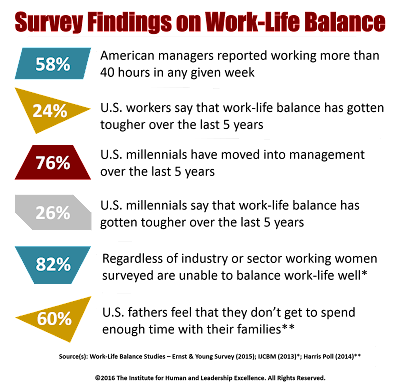 The pace of work will continue to increase and shift in work's own best interest - so we have to adjust our work-life paradigm in ways that keep us healthy and productive.

The workday is vast. There really aren't start and end times, and it does have a significant overlap into everyone's personal life in a significant way. You no longer can leave your work behind at the end of the day.

The flash of insight that came to me was to shift my work-life paradigm from a "stack" of priorities to a "landscape" of priorities. From a landscape paradigm, I can see where I'm spending my energy, where I need to spend my energy, and whether I need to shift priorities in order to make the necessary progress throughout the day.

What became absolutely clear in my "landscape" paradigm is that I have to be priority number one every single day or the rest of my priority chain falls apart. From a "stack" paradigm, it was easy to move myself to the end of the list - and that's exactly what I did virtually every single day. That's no longer possible with my new work-life paradigm.

This was a simple paradigm shift but for me it has been quite profound. 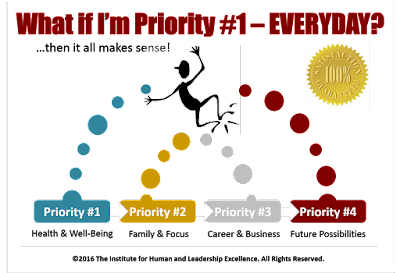 Now that I have a new paradigm for my work-life, I'm free to step up my game in new ways without jeopardizing my health, my family, my work, or my contributions. My work-life equation is "balanced." However, work-life "balanced" doesn't mean static. It's a moving target that requires re-calibration by the minute, by the hour, by the day. Incorporating mindfulness is a necessary practice and so is a commitment to the refinement of how and when I work.

I'm grateful for my breakthrough - and it has transformed me in a few weeks where years of studying and implementing different types of self-management systems have failed to give me the results that I wanted. Unlimited possibilities are back in full swing now that I can see my "landscape".

To Balance Your Work-Life Get In Formation


If your work-life is unbalanced and you want to change it, here are insights from some of the world's greatest minds to help you get in formation:

You have brains in your head.
You have feet in your shoes.
You can steer yourself in any direction you choose.

Ultimately your work-life balance is up to YOU!

Posted by Lillian Gregory at 9:39 AM No comments:

Multi-Dimensional Global Careers: You Can Be Anything or Everything 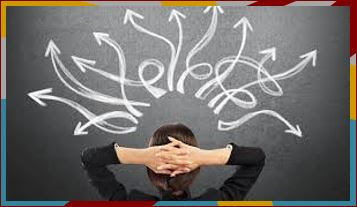 
Really? Did I just quote Barbie?! Of course not. She's not a real person. However, I did quote the Mattel brand masters who are morphing Barbie into a cultural phenomenon once again. Barbie is now a Vlogger with over one million subscribers and she has great adult advice to boot.

I stumbled upon Vlog #9 while searching for info on Mattel's new brand strategy and it's quite a find. In addition to giving young girls a new way to spend their "YouTube" time, the video also provides useful insights about life skills, gender, diversity, and leadership. When I showed the video to my preteen daughter, she giggled because her life is like the one Barbie described. So is mine.

She has always wanted to be many things throughout her life and at her early age she has already experienced naysayers who have tried to tell her that what she wants isn't possible. With a fundamental belief that all things are possible, I will never tell her that she can't be everything that she sets out to become. I would never tell anyone else that either.

Take a couple minutes and amuse yourself with this video.

You Can Be Anything - or Everything

In a previous post I mentioned that one-dimensional humans are not possible and promised to take up the subject again. Barbie's video prompted me to do it sooner than I had planned but life is like that - unexpected and interesting.

Research confirms that multi-dimensional global careers are the new norm. According to the US Bureau of Labor Statistics, the average worker now holds 10 jobs before the age of 40. Going further Forrester Research predicts that today's youngest workers will have between 12 to 15 jobs in their lifetimes. To be clear - the world of work has changed - for better and for good.

Workers in the 21st century are now required to keep pace - unprompted - with required knowledge and skills (including social media management). The necessary knowledge and skills can be acquired via more than 4,200 MOOC courses. Workers may need to interview for new roles about once every two years. They can expect to compete more broadly with global experts in their field as more countries and individuals are brought on line in the most remote parts of the world. Many of the new contenders will have acquired their competitive edge via free Internet services and solar-powered lamps. Success formulas have changed.

If we're to follow Barbie's advice and fill up our lives, then there are unlimited opportunities for exploring interests and passions in addition to careers all the while bulking up on the much contested 10,000 hours of commitment in particular focus areas.

We're at a familiar cross-roads and multi-dimensional global career change is at hand.

...In the 1860's and 1870's, the American economy went through perhaps the greatest transformation in its history. This was when the railways were built, and when Wall Street emerged. It was when industrial manufacturing started in earnest. It was when all the rules by which the traditional economy functioned were broken and remade.

A review of the Futurework Report (1999) published by the US Department of Labor is a fascinating read and shows how dramatic changes have been so far this century. I've listed some of the predictions here:

In addition to so many new career possibilities, we're also living longer - with more time to fill up. According to the CDC, the average life expectancy is now 78.8 years and continues to tick up. 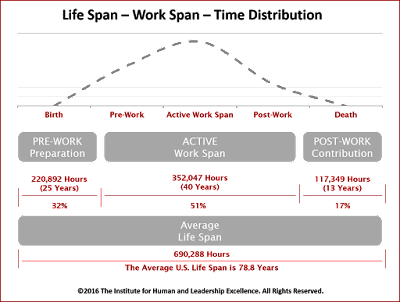 So what to do with all of that new time? Enjoy it of course! Explore the world around you in new ways and become all of those things that you've always wanted to become. One doesn't have to wait until the end of a career to start living.

Imagine the Possibilities, Reflect on the Past

Today is the start of Black History Month which reminds me of all of the great human beings who against all odds have proven that anything and everything is possible. #GoogleDoodle opened the month with Frederick Douglass who was (and is) one of the most powerful voices in America's history. Celebrate endless possibilities this month with daily reflections on the past, living in the present, and preparing for the future.

Dr. Mae Jemison is a great place to start.

Life is long. How will you fill yours up?