Decision-Making Made Simple With Rock-Paper-Scissors

Can effective decision-making really be as simple as a game of Rock-Paper-Scissors? My 10-year-old daughter thinks so. After listening to her reasons, I think she might be right.


When reviewing social studies lessons about various wars, my daughter decided that grown-ups simply make things too complicated. In her world view, Rock-Paper-Scissors is an effective tool for decision-making when there is gridlock. As an adult I struggle with the simplicity of this approach so I decided to reevaluate my options with my daughter's perspective in mind. 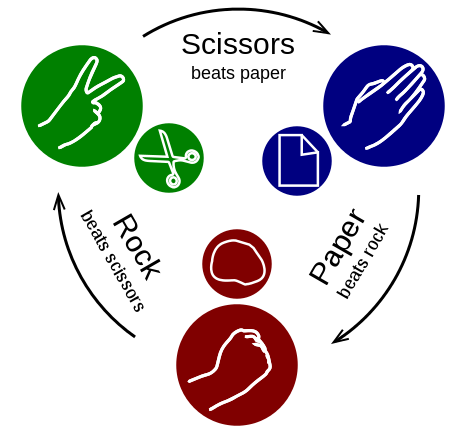 Rules of the Game

The rules of Rock-Paper-Scissors are straight forward - mostly. Two players throw a sign and whichever sign has the upper hand (pun intended) wins. The same sign for both players signals a tie. Typically the player with the best out of three is the ultimate winner. Seems simple enough.

Dispute resolution often gets us tied up in knots - Gordian knots as it were. To wit - there was a court ruling whereby Rock-Paper-Scissors was the method used by a Florida judge to break through gridlock. Though this is a comical display of legalese, it shows how attractive a simple solution can be when complex negotiations won't work.

Upon consideration of the Motion - the latest in a series of Gordian knots that the parties have been unable to untangle without enlisting the assistance of the federal courts – it is ORDERED that said Motion is DENIED. Instead, the Court will fashion a new form of alternative dispute resolution, to wit: at 4:00 P.M. on Friday, June 30, 2006, counsel shall convene at a neutral site agreeable to both parties. If counsel cannot agree on a neutral site, they shall meet on the front steps of the Sam M. Gibbons U.S. Courthouse, 801 North Florida Ave., Tampa, Florida 33602. Each lawyer shall be entitled to be accompanied by one paralegal who shall act as an attendant and witness. At that time and location, counsel shall engage in one game of "rock, paper, scissors." The winner of this engagement shall be entitled to select the location for the 30(b)(6) deposition to be held somewhere in Hillsborough County during the period July 11–12, 2006.


Do We Make Things Too Complicated?

If you can't explain it to a six year old, you don't understand it yourself.

The roadmap of Communication Patterns Around the World brings an elegant level of simplicity to the complexities of communicating and negotiating across cultural dividing lines. 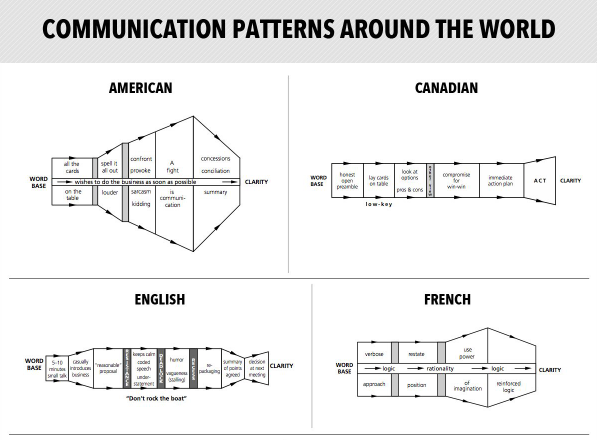 If you'd like to strengthen your skills in Rock-Paper-Scissors, the New York Times allows you to play against a computer as often as you'd like.

If you opt for a more informed methods to decision-making and negotiations such as those presented by Lewis, you may find yourself smiling when you consider how simple most decisions can be when using either of the available methods.

Either way you win!
Posted by Lillian Gregory at 2:37 PM