On Leadership and Legacies 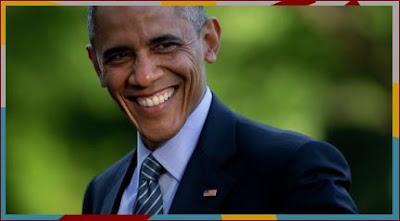 Writing is part of my legacy. I can't explain it. I'm just compelled to write and I love it. Ask anyone who has ever worked alongside me and they'll tell you that I write - a lot!

When I don't write I feel like I'm missing out on something great. I'm at my keyboard now and it feels natural. I don't know where my writing will ultimately take me but I know that I want to leave behind a very long trail of relevant, exciting, insightful, and sometimes comical information while influencing my readers (I love saying "my readers") to learn something new or to take some new action. Writing is a form of creative and impactful expression that for me is like painting on a canvas.

I'm lots of "things" and I have many different roles and talents as do most human beings. All of these roles and talents are part of my legacy which continues to be shaped with each passing day. Being a one-dimensional human isn't possible yet I get the feeling that we're expected to operate on a one-dimensional plane when it comes to careers (more on that topic in a future post). For now I'm focused on using my talents and skills to build a legacy that my mom would be proud of. She passed on when I was just 3 years old.

I am my mother's legacy.


Late last year I lost one of my closest "sisters" after her three year battle with cancer. Her death and the prospect of mine (eventually) are what make me ponder leadership and legacies. Even as I type the words about her death it doesn't seem real to me. I simply can't process that she's not on the planet anymore. Her legacy is very strong.

She was the wind beneath my wings during my crucial early years as a first-time mom. Being the super-charged career woman that I was at the time, I don't know what I would have done if it wasn't for her support and guidance. She was such a gift. For me her legacy is the love that we all felt when she doted on us - and her sons, and her husband, and her mom and siblings, and her grandchildren, and someday her future generations. She left us with a lot of love in our hearts.

A legacy worthy of my sister-mom-friend.

Everyone must leave something behind when [s]he dies...It doesn't matter what you do so long as you change something from the way it was before you touched it into something that's like you after you take your hands away


This past week President Obama delivered his last State of the Union (SOTU) address. For me he made being president seem really cool - beyond the typical "I'm in charge of the world" complexity, seriousness, and reverence that the office warrants. Terms like POTUS, FLOTUS, and SCOTUS (and many others) became part of my dictionary. Perhaps those terms existed before but I wasn't aware of them.

In the past the office of President of the United States seemed so far away - over there somewhere. While POTUS is still quite an exhaulted position, it now seems reachable via the American dream. A sense of humor, insatiable drive, and uncommon intelligence are just a few of the necessary traits for someone who becomes POTUS.


By the way - what will we call the husband of our first woman president?


First Gentleman of the United States is the official term. FGOTUS doesn't quite have a cool ring to it, but I'm sure we'll adjust.

President Obama's legacy and tenacity will be the stuff of legend as history turns on the spotlight though many people have mixed and highly charged feelings about him today. Future generations will reflect on the transformational nature of his leadership along with all of the monumental shifts that were happening in our world during his time in office.

So many monumental shifts...

We live in a time of extraordinary change - change that's reshaping the way we live, the way we work, our planet, our place in the world. It's change that promises amazing medical breakthroughs, but also economic disruptions that strain working families. It promises education for girls in the most remote villages, but also connects terrorists plotting an ocean away. It's change that can broaden opportunity or widen inequality. And whether we like it or not, the pace of this change will only accelerate.


On Leadership and Legacies...

Leadership is a tough job and few have the stamina that it takes to hold up under such extreme pressure. Many people fold when they get a negative critique from a friend or from a boss. Imagine getting critiqued by the entire planet for every move you make - and still being required to do your job. How many of us would simply walk away? It takes a special kind of energy to be POTUS.

He didn't invent climate change, but he took action along with 190 countries at COP21 in Paris. He didn't invent the need for comprehensive healthcare, but he took action to move a new reality forward for millions of uninsured Americans. He didn't invent coding, but he shined the spotlight on the economic necessity of gaining coding skills for 21st century viability. He's not a veteran of the U.S. military, but he is the Commander-in-Chief who helped to refocus the nation's attention on the highest price paid by women and men in uniform. He didn't create unequal pay for equal work, but he helped to redirect the trajectory of pay equity through executive action. The list goes on.

For me President Obama's legacy is about helping people - all kinds of regular and exceptional people.

On Managing Leadership and Legacies...


Shaping legacies of leadership take time and perseverance. Thanks to the Internet, social platforms, and countless tools and innovations, opportunities for documenting legacies is now easier than ever. I've seen several social profiles of friends that I know have passed on and it's comforting to know that there is a living record of their time on earth beyond the memories of family, friends, and colleagues. While most of the random chatter on social platforms doesn't quite rise to the level of "legacy", it is part of the dust that we leave behind so our presence out here should be carefully managed.

At this stage in my life and work, leadership and legacy are my focus - and I'll continue expand and refine my roles and use my talents however possible while building a legacy that my future generations can be proud of.


Leaders - what will be your legacy?

Thanks for dropping by to read my latest article. It's part of my legacy.

Posted by Lillian Gregory at 4:58 AM