Women and The World Economic Forum 2016: A World Far, Far Away 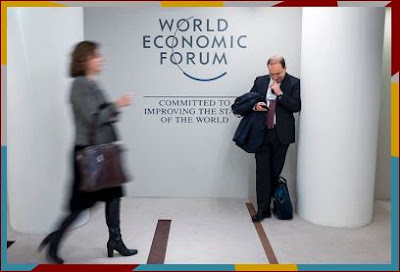 
While selecting the image that would best capture my perspectives on this year's World Economic Forum, I came across this one showing a man with his head down and a fuzzy image of a woman walking by. That's how it feels sometimes - Women in Leadership are out front moving forward at a rapid pace yet some decision-makers may not see us because they're looking down (or backwards).

The World Economic Forum 2016 (#WEF) is now in the record books and there is much work to be done to continue building the world that a majority of us desire. As in years past I participated remotely, sometimes live streaming and sometimes through playbacks. Either way it was important for me to pay close attention to the state of our world as discussed by the best, the wealthiest, and the brightest through cutting-edge research, deliberate actions, and alarming foresight.

As expected WEF didn't disappoint with its long list of heads - Heads of State, Heads of Companies, Heads of Non-Profit Organizations, Heads of Research, Global Shapers, Young Global Leaders, Innovators, Entrepreneurs, Celebrities, and many others totaling 2500 individuals. It was noted many times that the number of women in Davos ticked up only slightly from previous years to 18% this year. WEF organizers ensured that women were represented in sessions, at press conferences, and during panel discussions. Women were everywhere in Davos - except where they weren't in the world far, far away.

Since 2006, an extra quarter of a billion women have entered the labor force. And yet, the annual pay for women only now equals the amount men were earning TEN YEARS AGO

Women and The World Economic Forum 2016


By now we recognize familiar stats on Women in Leadership from CEOs to the workforce population at large. Research and resolution initiatives continue to let us know the challenges we face on gender parity and to a large degree the solutions that will help us to close the gaps. The will to transform our world continues to grow. 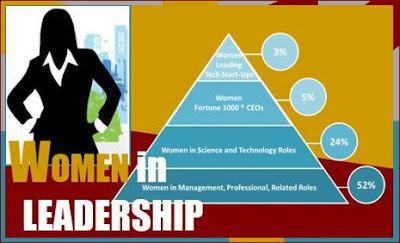 Women in Leadership - A Call To Action

This year one of the most exciting and effective discussions on gender parity occurred on the WEF main stage with Melinda Gates, Sheryl Sandberg, Justin Trudeau, Zhang Xin, and Jonas Prising moderated by Lyse Doucet on Progress Towards Parity. In addition to setting the baseline with stats and historical context, the panelists pivoted to solutions - really great solutions.

Melinda Gates (Co-Founder of Bill and Melinda Gates Foundation) emphasized the crucial importance of health, planning, and role modeling. Sheryl Sandberg (COO of Facebook, LeanIn.org) delivered insights on the toddler wage gap and cultural expectations. Justin Trudeau (Prime Minister of Canada) highlighted women's frequently low expectations of themselves in politics and the need to step forward. Jonas Prising (CEO of Manpower) noted that women are more educated than men, resulting in "sub-optimization on a massive scale" when women aren't leveraged fully. Zhang Xin (Co-Founder and CEO SOHO China) shared reflections on a society where everyone worked and where women are seen as natural entrepreneurs.

...goals are only wishes unless you have a plan

Additionally there were questions from the audience on gender and race, gender and faith, and male engagement. Denise Bradley-Tyson (President of San Francisco Film Commission, Entrepreneur) added context on gender and race where stats are dismal across the board. Defined as "double-jeopardy", gender bias comes with an intense set of expectations that have to be realigned. 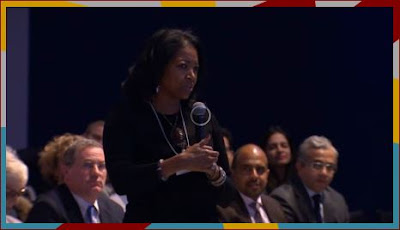 This progressive panel weighed in heavily with 21st century mindsets about ways to change what ails us. Here's a short list of their recommendations to help bring gender parity closer to the here and now:

So what's my plan?


My mornings often begin with journal entries followed by lots of research, reading, and sharing - lots of reading. Then I share what I've read with my daughter on the way to school. Our commute is quite long so we have lots of time to talk. Though she's still a preteen I want her to have benefit of extensive knowledge - and a plan.

Sometimes she wishes I would just let the radio play (and I do - occasionally).

I share with her news about what's happening with the The Future of Jobs and how her life and contributions benefit the world. We talk about her vision for school, work, and family. We talk about why it's important for her to know how to code. We talk about STEM careers versus traditional careers - and why she must choose paths that are less traveled. We share tips about music, fashion, pop culture, entrepreneurship, and her friends...all the while I'm helping her to set expectations and plan her future.


We also talk about the UN Sustainable Development Goals and which ones we want to focus on together and separately. It's hard to choose, but it's necessary in order for us to be most effective with our resources. Gender Equality (#5) is my choice and No Poverty (#1) is hers. Our plans are interwoven into our lives through the activities and organizations that we participate in or through the initiatives that we drive.

My plan-in-motion is to first set the example for my daughter and then to role model, support, and sponsor others as they build plans of their own. So far it's working... 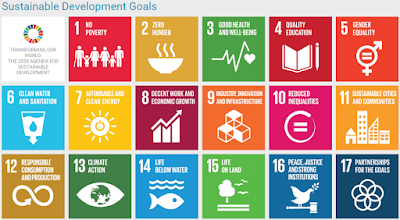 Leaders - what's your plan to help bring gender parity from a world far, far away to right here, right now?

Posted by Lillian Gregory at 5:24 AM