My dad would always say "act like a lady!" as I climbed trees like many kids my age were doing... 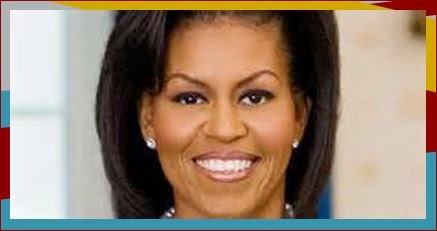 Of course I'd correct myself for the moment but when he wasn't looking I'd resume "acting" however I wanted. Most kids do this. Well I'm not a kid anymore yet I still enjoy climbing trees. These days those trees include motherhood, corporate ladders, entrepreneurial pursuits, and global causes.


After the robust conversation generated by Act Like A Lady, Think..., I decided to follow up with the stellar wisdom of several incomparable female leaders who continue to inspire me with their incredible strength and amazing "take-no-baloney" winning ways.


There's a fire inside of these women that burns in me - that burns in all of us. We just have to remember that it's there when faced with challenges. If they did it - whatever "it" was, then so can we! Forbes' The World's 100 Most Powerful Women - and countless others - have shattered barriers for all time. To them I say "Thank You!"

These First Ladies Are Simply Superb!


In her role as First Lady and mother, Jacqueline Kennedy Onassis inspired me to reach up and grow long before our new First Lady came to the forefront. Both First Ladies and mothers display strength, elegance, and a sort of gentle defiance in their mannerisms.

First Lady Michelle Obama keeps me on my toes through the powerful implication that you must be prepared when opportunity knocks. Growing up on the south side of Chicago didn't predict where she would end up. Yet here she is - a beacon for women and girls everywhere. No acting required. These First Ladies are simply superb!

One of the lessons that I grew up with was to always stay true to yourself and never let what somebody else says distract you from your goals...


"Miracle Mary" Jones defied long odds when she arrived on the scene in Jacksonville, Florida, prepared to carry the Olympic Torch during the 2002 Winter Olympics relay. The theme that year was "Light The Fire Within." Three years earlier in November 1998, "Miracle Mary" had been diagnosed with Stage IV breast cancer and was given less than 6 months to live.


Fighting off near total paralysis and many other challenges spawned by the disease, she held the torch high over her head that day and lit the fire inside of all who watched in awe. Her family and supporters knew that they were witnessing a miracle. At the end of her relay segment, "Miracle Mary" passed the flame on to the next torchbearer. She had demonstrated that no obstacle - even death - is too large to overcome.

Have you seen the List of Female Astronauts? Mae Jemison is definitely on it as an American first. She became the first African-American female to orbit earth in September 1992 on the Space Shuttle Endeavor. She is also a physician, engineer, educator, entrepreneur - and holds 9 - yes 9! - honorary doctorates in science, engineering, letters, and humanities. Mae inspires me to look up at the stars and continue to dream.


After completing her medical training, Dr. Jemison became a Peace Corp Medical Doctor and later worked with the Centers for Disease Control (CDC) studying vaccines. She applied to NASA in 1983, following Sally Ride's example as the first - and youngest - American female astronaut. After completing her trip to space, Mae left NASA to study "how social sciences interact with technologies." Today she focuses most of her attention on "The 100 Year Starship" project.

Never be limited by other people's limited imaginations. If you adopt their attitudes, then the possibility won't exist because you'll have already shut it out...

You can hear other people's wisdom, but you've got to re-evaluate the world for yourself

Dr. Maya Angelou - Our Poet, Our Mentor, Our Friend


Dr. Maya Angelou's voice stirs me every time I hear it. She could be reading the phone book and I'd stop to listen. She was an amazing soul who came to teach us that no matter how you start out, it's how you end up that matters most. After being brutally attacked as a child and refusing to speak for many years afterwards, she went on to become the world-renowned author, poet, dancer, actress, and singer that we know and love.


Her credits cover more than 50 years of essays, books, autobiographies, plays, movies, and television shows. Her talents rewarded her with dozens of awards and over 50 honorary degrees. Talk about incomparable! I miss her presence here on earth, but I take comfort in the legacy that she left behind. That and - she reminds me of my mother.

Courage is the most important of all the virtues because without courage, you can't practice any other virtue consistently

Picking up where I left off above...

...that next torchbearer was me. "Miracle Mary" Jones is my sister and she passed the Olympic flame to me. I strive to make her proud by carrying life's torch high above my head. She passed away in January 2004 and continues to inspire me every - single - day.


My heart is overflowing right now with love and reverence for all of my mentors and teachers - of all hues, of all genders, in all industries, in all places around our globe. There just isn't enough space to claim them all so I'll have to simply say "Thank You!" Yet it doesn't seem like nearly enough...


Who inspires you to be better, stronger, faster, more fierce, more prepared? Add your comments below.
Posted by Lillian Gregory at 2:40 PM